Japan’s flag isn’t very clear here but it has a white background and a red circle in the middle the flag is also called the Flag of Sun.

Japan is in Asia and its capital city of Japan is Tokyo.

Japan’s population is 126.3 million people and is sixth most populated area in Asia.

Japan is in the Northern Hemisphere.

The national language spoken in Japan is Japanese but there are around eight different languages that are spoken.

You say hello in Japanese by saying kon’nichiwa.

Japan’s neighbours are North and South Korea which are to the west and there are no other very close countries.

Japan and Australia have a connection in a shared commitment to democracy.

A fact about Japan is that Tokyo is the most populated city in the world.

A group school friends were walking around the snowy campsite talking and laughing, as they walked along the path looking for a place to spend the money they had brought the day before when they came to the site. They still had quite some money to spend on at the souvenir store.

Suddenly, a strange man appeared from nowhere and grabbed 2 girls from the group, they screamed and struggled to get free nevertheless, it was unsuccessful. The girls muffled screams were still heard as the man ran into the forest behind the cabin.

4 brave people from the group volunteered to go after them, 2 boys and 2 girls. The boys were Jacob and Justin and the girls were Emma and Emilia. ‘you know, Jacob and I could go by ourselves’ said Justin ‘You don’t want to get your clothes dirty’

‘oh yeah, we can go ourselves’ sneered the girls. Even though the argument they still set off into the forest where they saw the man take the girls.

They had 4 bottles of water all she same they set off at a walk and then went up to a run. Next, they found a small hut and they peered inside, The girls! 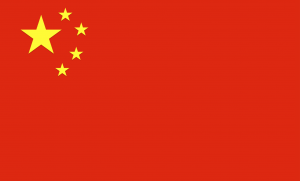 The Chinese flag (also known as the five starred red flag) was made official on October the 1st 1949.

The continent China is in is Asia (just like Indonesia) the capitol of China is Beijing.

China uses Renminbi and 100Renminbi is about $19.96 in Australian money.

The national language in china is mandarin but there are over 300 different languages that are spoken.

China and Australia are connected in trade and are china’s sixth largest trading partner.

An interesting fact is that china recently thought their birth rate was too high and made a 1 child policy.

China’s neighbours are Vietnam is south, Myanmar is south, Nepal is north-west, and Kazakhstan is south-west. 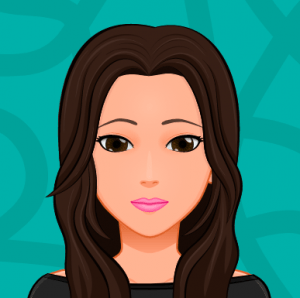 This is my avatar and it looks a lot like me because I have brown hair and brown eyes.

Hi my name is Penny.

I love to play hockey🏑.

I have 2 annoying brothers and a mum and a dad.

I have 2 birds and a yabby.

My favourite animals are either dogs or tigers.

Welcome to your brand new blog!

This is a sidebar and can be changed in Widgets in your dashboard.

You can also modify number of sidebars in theme options!